WHAT PEOPLE ARE SAYING ABOUT STEVE'S PROGRAMS

A WORLD OF FOLK TALES

Steve adapts this program to his audience to make it fun for children of all ages. It is a sampling of folk tales from around the world, from thought-provoking to hilarious, demonstrating the rich and varied tradition of the spoken word.

A VILLAGE AND THEN SOME

A German grandfather with a twinkle in his eye, a high school principal who makes a terrible mistake, an old drunk in a ramshackle house, a man long dead who built a mansion and founded a city. Told with humor and heart, this series of stories reminds us that sometimes to become what we truly are, it takes a village, and then some.

The iconic image of Mark Twain doesn't begin to show us the range and complexity of the stories and essays created by Samuel Langhorn Clemens. In this program, Steve tells some Twain stories, talks about the life and times of the man, and reads from his book, Telling Twain.

MARK TWAIN'S STORIED LIFE
This 4-hour program, presented in two, two-hour sessions, includes many details of Twain's life, and how the stories he wrote were influenced by his life events. It is full of insights into his stories, the struggles he endured, and his unerring capacity to find humor and life lessons through goos times and bad.
WORKSHOPS

Steve Daut teaches workshop on topics such as helping children find and tell their own stories, teaching connection and empathy through storytelling, using humor in storytelling, as well as more technical topics such as microphone use. Contact Steve about developing a workshop for your specific needs.

Steve does one-on-one coaching to help you develop and craft your story. He has worked with individuals at all levels. Working together closely with a mentor it a time-honored way for all of us to improve our stories and story presentation.

View Steve's LIVE performance at The Ark in Ann Arbor on February 26, 2022

Listen to OLLIE AND OTTO, a children's story.

Take a look at SOMETHING I FOUND IN MY POND. I can tell you about it sometime.

Watch Steve tell his story CARETAKER, a story for adults at The Ark in Ann Arbor

Listen to BAD BOY, a story about my experience growing up as a younger brother. 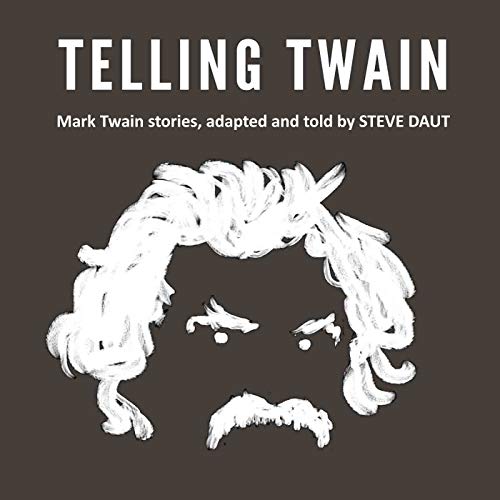 Available through your favorite podcast app including Apple, iHeart, Google, and Spotify.